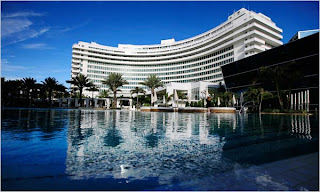 While we were excited that the NYTimes wrote about the Miami Fountainebleau’s $500 million facelift, we were surprised they glossed over the best part: It’s home to the first Tracie Martyn Spa outside of NYC. For the uninitiated, Tracie is the mastermind behind the resculpting facial. Her celeb clients include the ageless Susan Sarandon, Kate Winslet who gets more gorgeous with every year that passes, and Theodora Richards, who we can only guess looked at her pops and decided to start the anti-aging treatments early. Tracie is known for her organic products including the Lotusculpt eye pads that are a girl’s best friend after a long plane flight. Now you know!

Whether you’re taking a glamorous girls getaway, ringing in the New Year at a local…

A curious thing happened recently while flipping through our fashion mags: we kept earmarking pictures…

By George in Austin

This week, the New York Times featured By George in Austin in a piece on…

How to Cure a Hangover

While we’re still searching for that ever elusive hangover cure, we can at least fake…

Here’s an idea we’re solidly behind: The Willow Stream Spa at the Fairmont in Scottsdale,…

On Our Radar: Beach Shack Cape May, New Jersey

The new, younger hipper sister to Congress Hall, the Beach Shack in Cape May, New…

Give a Little Bit

There’s a word for anyone who’s done with her holiday shopping already: show-off. The rest…

Today kicks off our week of Memorial Day Travel Ideas. In celebration of Bask, the…