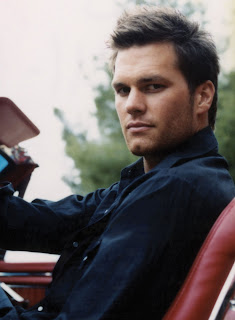 JSG was super-excited to be one of the select bloggers invited to last night’s video conference with Tom Brady for the launch of All American Stetson. Two years ago, we went to the Coty event where Tom–in person–was introduced as the new Stetson spokesman. Back then, we asked Tom what he found sexy in a woman. Now, it has been two years, but we’re pretty sure he answered something that meant us, but then again, our memory could be playing tricks.

We had the chance to ask Tom the same question last night. His response: A woman who is comfortable in her own skin. Tall, not tall, it doesn’t matter. It’s the way she walks, talks and carries herself. Confidence.

Other answers from Tom we liked:

Where is the sexiest place on her body a woman can apply perfume:
Any place my nose is next to. I like it behind the ear. You can nuzzle her there, then if you want to whisper something, you can.

On how to pick a fragrance for your guy:

From a guys’ perspective, I can tell you that if a woman buys it for me, chances are I’m going to like it because it came from her. My advice would be to pick out a fragrance that appeals to you and most likely, your guy will like it too.

In many answers, Tom referred to how he likes to “test limits”. All we can say is: Watch out, Giselle! 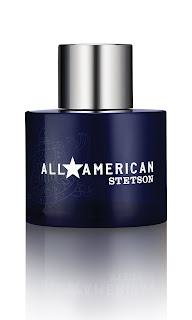 The new All American Stetson is in stores now.

On Saturday night, we had a SAG Awards viewing party sponsored by Degree Ultra Clear…

Not surprisingly, Bethenny Frankel isn’t a fan of airplane food. Is anyone, really, unless you’re…

We have a small obsession with maps and globes, so when we saw these on…

We’re not big Scotch drinkers, but sometimes we wish we were. Our generational friend, Charlotte,…

A Peek Inside the Founder of AirRepair Skincare’s Bag

Who better to ask about travel essentials than Denise Spanek, founder of AirRepair Skin Care?…

How to Maintain Red Hair

Anyone who has colored her hair red (including me!) knows how hard it is…

Freida Pinto at the Golden Globes

It’s always refreshing to have a new face in Hollywood. Sunday night we were happy…

Sephora by OPI: A Preview of Fall’s Hottest Nail Color