Whether you’re hitting the road, getting dressed in the hotel room with the girls or simply barbecuing in the backyard, ever summer needs a good playlist. Here’s ours for Summer ’09!

Sex on Fire-Kings of Leon
Due to it’s R-rate lyrics, it’s not quite as ubiquitous as Umbrella was in summer 2006, but it’s up there!

Just for Tonight-One Night Only
This band’s popularity shot up after playing the Burberry party for the likes of Orlando Bloom, Blake Lively and Claire Danes. Lead singer George Craig (below) is an adorable 18-year old who was featured in the spring ’09 Burberry ads. 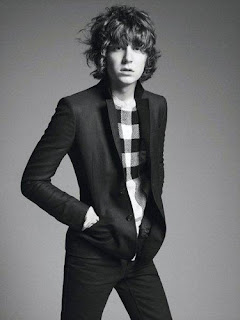 Lisztomania-Phoenix
One of those happy songs that it’s impossible not to start dancing too.

I Do Not Hook Up-Kelly Clarkson
We don’t either. (Ya right.) The video is hilar if you haven’t seen it.

Michael Jackson-Beat It
No summer ’09 playlist would be complete without a tribute to the gloved one. This song is our fave of his many worthy hits.

Heavy Cross-Gossip
The first single off Gossip’s new album is another hard rocking jam that will have you sweating from dancing so much in no time. Lead singer, Beth Ditto (below), recently launched a plus size clothing line with British brand Evans, cementing her post as the fashion world darling of the moment. 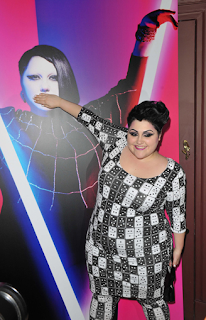 Live Version of Clocks-Coldplay
This oldie but goodie never sounded better than on the live album, LeftRightLeftRight, that Coldplay invites you to download for free off their website. Yes, for free.

A-Punk-Vampire Weekend
In a summer as wet as this one, there’s no better lyric to sum it up than, “Look outside the raincoats coming.”

Lips Like Sugar-Echo and the Bunnymen
Because every good summer playlist needs a classic 80s tune. Plus, we’re going to see them in August at the All Points West Festival, so we need to start remembering their music.

Ain’t No Rest for the Wicked-Cage the Elephant
By the end of August, let’s hope that’s true for all of us!

Did we miss a favorite song of yours? Let us know!

Shop at the iTunes Music Store.

We’re fresh off a plane from New Orleans, where we had a blast drinking and…

Spice up your Valentine’s Day with these two naughty offerings from Hanky Panky. For your…

We’re laughing at the easy and fun premise behind the Male Stereotypes Game: each woman…

Think you have what it takes to concoct a Champagne cocktails for Hollywood’s A-List? Moet…

It’s no secret that I loooooove Botox! Unfortunately for me I haven’t been able to…

Head to Old Navy tomorrow for the cheapest flip flops of the season. Buy them…

Haircuts can really hurt a girl’s budget, but we have good news! The Umberto Salon…