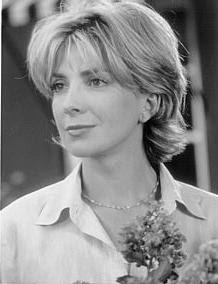 Last night brought the sad news that Natasha Richardson died after a fall during a ski lesson at the Mont Tremblant resort in Quebec. She was on a beginner slope at the time when she had a seemed to be a minor fall that turned out to be serious in a freak turn of events . Our condolences to Liam Neeson and family for their loss.

Annie was lucky enough to see Natasha on Broadway in both Cabaret and Closer. While she won a Tony Award for Sally Bowles in Cabaret, Annie remembers her more as Anna in Closer (the same role Julia Roberts had in the later film version). “She was amazingly sexy on stage in a very earthly, womanly way. Something about the way she carried herself and her curves just screamed lusciousness. It didn’t hurt that her character had the most amazing shoes!”

We’re avid skiers and chose a few years ago to start wearing a helmet. As Natahsha’s tragic accident teaches us, even a seemingly minor head injury can have terrible consequences. If you wear one on a bike, it makes sense to wear one on the slopes. We don’t know whether Natasha was wearing a helmet or not; but it is a grim reminder that we should.

Stiletto Jungle shows how pretty color will take center stage for Spring, just like it…

Nars is celebrating its 15th anniversary tonight with the release of 15X15, a limited-edition book…

We admit it-we have a full on girl crush on Ivanka Trump. She’s smart, stylish,…

Photo courtesy of ThePunkGuy.com When thinking about where to go for Memorial Day weekend, the…

Last year for our friend Heidi’s birthday, we gave her a fun, cocktail ring with…

Rebecca Taylor is always one of our faves. We can never resist her flirty ruffles,…