Among the many cool things we’ve been fortunate enough to be invited to since we started JSG was a night with Carson Kressley to learn how to look good in photos. Not only did we get to pick Carson’s brain about posing, we got a one on one with photographer Steve Simon who has photographed world events including the ’08 Democrat and Republican conventions to name just a few. Annie and About.com’s Felissa were beyond humbled when they learned his impressive resumé. Here Steve’s explaining to us the value of a interesting background. For the resulting photos, be sure to check out the video at the end of the post. 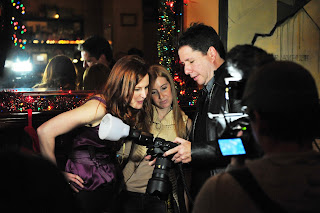 We put Caron and Steve’s advice to practice on our recent annual girls’ getaway. Here we are in ’06 with a boring background. 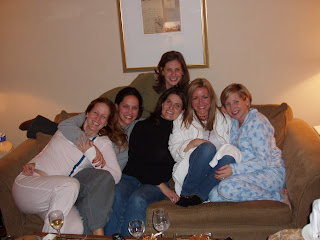 And in ’09 with an interesting back drop–a little makeup and going out clothes don’t hurt, either: 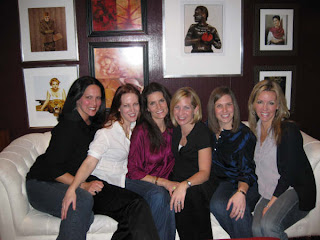 We asked Carson how to look good in a group photo, since we often end up all in a line or sitting on a sofa (witness above). He confessed to being an old pro at this since he rose to fame as part of the fab five on Queer Eye. His advice–it you’re on the end, do something cute, like rest your hands on your friend’s shoulder. If you’re in the middle, do something outrageous. Annie (in white above) tried to be slightly risque by grabbing Shawn’s thigh, but obviously she has a long way to go before she catches up with a master like Carson. 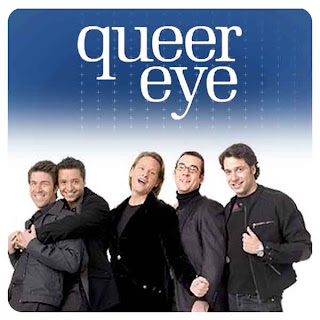 Here’s the video so you can hear the tips from Carson himself:

Give a Helping Hand

JSG has been known to overindulge on rare occasion (wink, wink), so we love products…

Massage For A Cure

What would you pay for a good massage? $150? Today Massage Envy is offering $35…

Virgin Atlantic’s “Conversations in a Cloud” with Sir Richard Branson

We had fun flipping through MTV’s Spring Break Product Guide.  It’s heavy on t-shirts and…

We stopped by the Halston presentation last night. Here are photos of our favorite looks….

W Hotels and Rent the Runway

After one of our girls’ trips, our friend Heidi made an early exit, leaving behind…