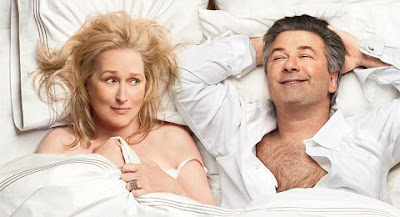 In her interview, Meyers discusses why she chose Santa Barbara for It’s Complicated:  “the natural beauty everywhere you look, the state of mind I feel when I’m there, the calm…It feels as close to the good life as you can get.”

As for us, we love Santa Barbara and drove up for some shopping last time we were in LA.  Maybe we’ll head up when we’re there in February too.

Bobbi Brown announced Katie Holmes as the first ever celebrity face for her collection. While…

It has been a fun month of bachelorette party ideas, including many incredible destinations, a…

Proving that you’re never to old to take a girls’ getaway, Cindy Adams shared a…

And The Shoes Go To…

We’re happy to announce that the winner of the Aerosole’s shoes are:Ann Buntz and foodjoyce8….

Did you catch last week’s episode of 30 Rock about Leap Dave Williams? If you…

One of our top discoveries over fashion week is the Cynthia Rowley Band-Aids. The grown…

Liquids and Your Carry On Bag

This past weekend, we flew with our pops to Boston for our cousin’s wedding. Our…

A Peek Inside Zooey Deschanel’s Carry On Bag

At last Friday’s National Donate Your Hair Day, I also had the chance to…

Kim Kardashian at the Airport

People Stylewatch posted another of our favorite slideshows, Stars’ Airport Style. Black was a predominate…