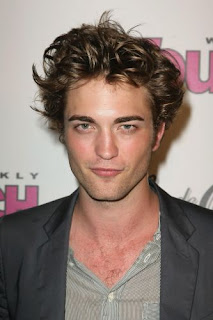 JSG was late to joining the Twlight fan club, but now that we’re hooked, we can’t get enough. Both Hope and Annie finished New Moon last weekend and expect to start Eclipse next weekend. (We can’t read them during the week, because they’re so absorbing, Hope would forget to pick up the kids at swim class and Annie would miss a deadline.)

We can totally see Edward singing Starlight to Bella: “I will be chasing your starlight to the end of my life.” Or the two of them singing togeter from Time is Running Out “I tried to give you up but I’m addicted.” So our brilliant gift idea is the Muse Black Holes and Revelations

Other bands Ms. Meyer gives credit to for “Staving off writer’s block” are Coldplay, My Chemical Romance, The Fray, Arcade Fire, Marjorie Fair, Linkin Park and Travis. (It’s as if she were tapping into our very own iTunes!). Sounds like a mix CD would be the perfect stocking stuffer!

Work in D.C. and still agonizing about your taxes due today? We feel your pain…

This is the time of year when, despite all our best efforts, our skin starts…

“It” handbag designer, Rebecca Minkoff, is expanding her collection of cool girl things to include…

We’re huge fans of the Amtrak between DC and NYC. We prefer it over the…

In Search of the Perfect Luggage

Ever since the unfortunate incident last August when our luggage was stolen off the street,…

Make Up For Ever Lab Shine

If you haven’t already, it’s time to get familiar with Make Up For Ever- the…

We’ve been making our way through our summer reading list. Both members of JSG have…

We’re huge fans of a good makeup set.  They’re perfect for travel because they take…