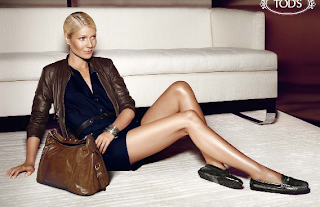 Poor Gwyneth Paltrow. She just can’t seem to catch a break with her GOOP blog. The NYTimes is the latest to join the list of detractors for her blog. As for JSG, we’re on the fence. Gwyneth is undoubtedly a style icon: We’re both still fawning over her sequined dress at the Grammy’s and the boyfriend sweater she paired it with and we need to know where/how she got that fabulous tan in the most recent Tod’s ad that’s running in W and other magazines this month. Not to mention that we’re envious over her marriage to the increasingly good looking Chris Martin (Let’s hope the rumours of trouble in paradise aren’t true….On second thought, let’s!)

But back to GOOP. While we do appreciate some of her travel advice, her pick of cashmere socks for a Christmas gift was a little lame, and we’re still not going to try the master cleanse no matter what Gwynie says. 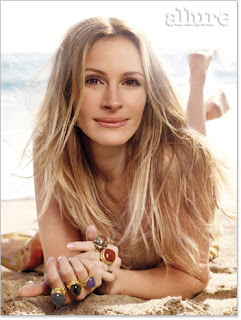 We think Julia Roberts in the March issue of Allure got it right. She expressed interest when the reporter told her about Gwyneth’s blog, but said dispensing that kind of advice “Would be my last instinct on the planet.” That’s right Julia, leave blogging to the regular people!

We arrived at the Bryant Park tents just about the same time our hero, Diane…

We would fly Virgin America/Virgin Atlantic all the time if they had more routes. Why?…

Ritz Carlton’s The Art of The Craft Video

On our trip to San Fran for BlogHer we tried out TripIt.com’s free itinerary service…

We’re busy preparing for a trip to Vail on Friday.  Each year, we spend a…

I went in to Fela! with high expectations.  When I mentioned on my Facebook status…