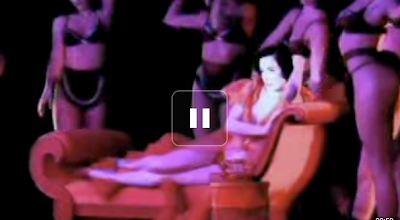 We once had the pleasure of seeing Dita Von Teese perform at a party a few New York Fashion Week’s back. We can’t recall what the fete was for, but we certainly remember being blown away while Ms. Teese did her thing in a giant martini glass.

Her new Crazy Horse Paris DVD is set to release on November 24 on French Amazon and would make a great stocking stuffer for all the naughty folks on your Christmas list. We haven’t had the opportunity to see the burlesque show for ourselves, but from the looks of the sneak peek video, it’s everything we wished Holly Madison’s Peep Show was–and more! 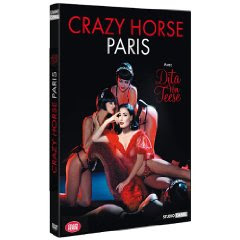 Note: We earlier posted the You Tube video of the clip, which Dita Von Teese herself promoted on Twitter. The video was taken down after someone complained about its adult content. Dita’s tweeted response: …there are about 4,380 Youtubes of me dancing nearly nude, but some jackass has a problem with THIS particular one!

You can still view the Dita Von Teese Crazy Horse sneak peek on line, though now you have to register and we can’t embed it in our post.

On our next girls’ getaway, we want to Dita Von Teese to be our traveling…

My Wardrobe Consultation on Mission 360

My wardrobe is in desperate shape. After three consecutive years of being pregnant and/or nursing,…

As much as we love salt spray to create our beach-y waves, what we don’t…

Let’s Go to the Beach!

Even though we have a few ski trips planned, we can’t seem to get the image…

Bikinis for a Cause

La Isla swimsuits aren’t only sexy and flattering, when you buy one you’re also giving…

We love how Piperlime just keeps making it easier for us to get dressed everyday….

For the West Coasters – We would like to make you keen on a unique,…

In this adorable video, Diane Von Furstenberg promises that, “If you can figure out your…

That photo was from our last trip to Vegas, for our friend Shawn’s bachelorette party…