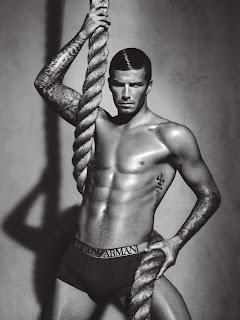 For our on-going quest to give our readers what they want (okay maybe it’s what we want), here’s the dish on Mr. Beckham’s latest endorsement. David Beckham unveiled the new Emporio Armani Fall/Winter 2009 campaign at Selfridges Oxford Street in London. The image above covers the building’s entire front facade. No word yet; but we’d like to see this in Times Square.
Giorgio Armani said of his friend, “David has a great sense of style and is an inspiring role model – this is what makes him the perfect partner for Emporio Armani underwear. I am very excited that David Beckham’s new campaign image was unveiled exclusively in his home country and where better than at such an iconic retail destination as Selfridges.”

JSG was late to joining the Twlight fan club, but now that we’re hooked, we…

The Beauty Bloggeratti’s Favorite Self Tanners

Headed somewhere tropical in the next few weeks? We polled the Daily Makeover Beauty Bloggerati…

Let’s start your day off right with this post. It doesn’t get easier and more…

Fashions from the closet of classic style icon, Audrey Hepburn, are up for auction on…

A Peek Inside Rebecca Minkoff’s Carry On Bag

She make some of our favorite bags, including the classic Morning After Bag (below) and…

It’s been more than a few years since I tried Nair the last time.  Chances are…

Get the Look: Lancôme at The Row Debut

On Our Radar: Jackson Hole

Sometimes when you’re in a rut, you don’t know you were in it until you’re…