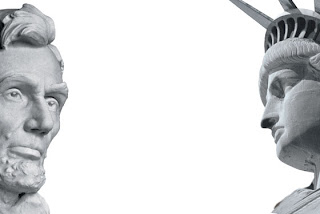 We got a kick out of NY Mag’s D.C. Vs. NYC: The Poll. (A refresher, one half of JSG lives in suburban DC the other grew up there and now lives in NYC.) We find it amusing that 22 out of 50 of Washingtonians think NYC is more morally bankrupt, while 34 NYCers say that award goes to DC. Another telling answer, only 8 NYCers say they would move while 34 percent of Washingtonian’s would. Both sides think that DC is a more powerful city right now, not surprising then that both think DC is to blame for our current problems.

If JSG were doing the asking, we would have thrown a few more questions in. Please weigh in in our comment section:

Where would rather go out to eat?

Picture a man shopping for an engagement ring. I see a guy with his hands…

A Peek Inside Allyson Felix’s Carry On Bag

If you’re hosting the Labor Day party at your house this year, try these new…

Whether you’re shopping, having a leisurely morning-after lunch or playing Black Jack, you never know…

We love Champagne almost as much as we love shoes. Or is it that we…

On Our Radar: Spa Week

It’s that time of the year again, where great spas across the country offer up…

Have you watched the Lady Gaga – Beyoncé Telephone Video yet? Granted, the nine-minute playing…

The countdown is on to the unofficial start of summer. Read on for the hottest…