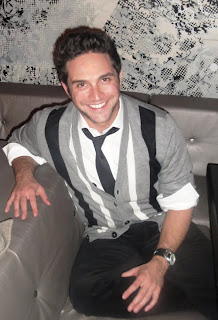 Don’t you love when someone is as giving as they are adorable? That’s the case with Brandon Barash of General Hospital, whom we had the pleasure of breaking bread with last week at NYC’s Levant.

Brandon was recently named a National Celebrity Ambassador for the Muscular Dystrophy Association. He has been a champion fighter against the disease ever since losing his good friend Chad when they were 18. “He had the most incredibly resilient spirit of anyone I’ve ever known. I made a promise to myself and to him that I would carry on his spirit and continue the fight where he left off.”

To that end, Brandon recently held a show of his own photographs from his travels over the past five years to Amsterdam, Prague, Big Sur, New York, San Diego and other destinations. The sale of all the photographs benefited MDA. He also published a book of the photos with 100 percent of the net proceeds going to MDA.

We haven’t watched GH since the Anna and Robert Scorpio years, but Brandon told us his character is involved in a cougar-ish love triangle. Might be worth watching again! 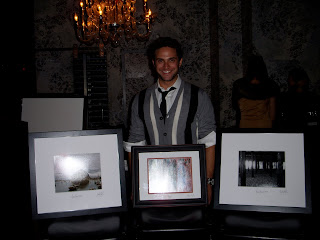 No matter where you’re celebrating, it’s not a bachelorette party without a few games. You’ll…

Get Olivia Wilde’s Look from the Golden Globes

Whether you’re shopping, having a leisurely morning-after lunch or playing Black Jack, you never know…

Confessions of a Shopaholic Movie Review

We saw Confessions of a Shopaholic and were surprised that is was actually pretty sad….

We’re looking for a leather jacket for fall and we’ve discovered that, like handbags, the…

We love this genius little creation from Sephora: The Pop-up Travel Brush. The compact size…

Been thinking about trading in your long locks for a trendy lob? This Saturday is…

We loved Jessica Chastain‘s look at the 2012 Academy Awards. Read below to see how…