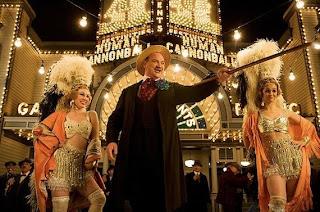 HBO’s Boardwalk Empire is already generating tons of buzz and we sure hope it will fill the hole in our heart and our Sunday night schedule after the season finale of True Blood. To celebrate the premier, HBO is partnering with Caesar’s Atlantic City and offering 1,920 rooms for $19.20 from September 16 to September 30.   Additionally, 27 Atlantic City eateries will be offering a prix fixe three course menu for $19.20, including all Harrah’s Entertainment Atlantic City restaurants.

True history buffs will want to check out the panel discussion & viewing party of the premiere of HBO’s Boardwalk Empire at Caesars Circus Maximus Theatre on Sunday, September 19th at 7pm.  The event will include a panel of local historians. We can only imagine the tales they have to tell!

When I first heard about the new Pantene Pro-V Ultimate 10 BB Crème, I was…

Beijing Air Pollution: Yes, It Really is That Bad

Sponsored Post: Sensitive skin? Ingredients to Look for and Avoid

In all my years as a beauty writer, every time the subject of sensitive skin…

This just in: Kiehl’s is hosting a book exchange at its stores. Starting on June…

How refreshing: Clothes on sale at the start of the season! Now through August 30…

Red Lipstick: How to Wear It

Usually when we need to get dressed in a hurry for a night out, we…

Just when you thought there couldn’t be another fee; Spirit Airlines will charge five dollars…

Last week, we were invited to the Tory Burch store to preview the Resort collection….

Get the look: Rachel McAdams at the Sherlock Holmes Premiere

We love Rachel McAdams’ hair at the Sherlock Holmes premiere last week; but hers isn’t…