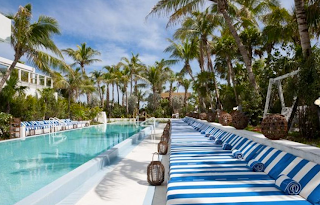 The recently opened Soho Beach House Miami is everything its sister properties in New York, West Hollywood, Berlin and the originals in Britain are: chic, fun, and exclusive. We never turn down an invite to the members-only club in the Meat Packing District (and neither would we at the Beach House); but the easiest way to get in is to book a room in one of the hotel’s fifty bedrooms- then you have access to both pool areas, the beach club, and the rest of the private lounges. 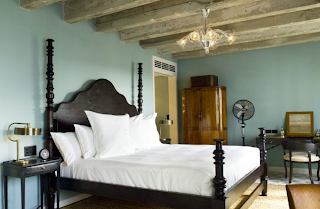 Also in the Soho Beach House, the Cowshed spa offers everything from massages and facials, to blowouts and manis. Cecconi’s Italian restaurant is open to the public; but doesn’t give you access to the after hours areas of the Beach House. Hotel rates begin at $400, memberships begin at $900/year. Sigh.

It’s not just at home that we can reduce our trash, it’s on the road,…

This September, La Mer introduces The Radiant Concealer for use on both dark circles and…

Back in November, we were on a self-imposed lock down the week before our wedding….

Not sure what to get for the jetsetters on your holiday gift list? Watch below…

Sodas. Pillows. Luggage. What’s next? And who can keep track? Fortunately for us, the follks…

When we go to a morning-after brunch, Hope usually orders a Bloody Mary, while Annie…