We’ve booked our plane tix to Vegas for Annie’s bachelorette party, now we’re trying to figure out what trouble we’ll get into while we’re in town, a Thursday through a Sunday. Our group on Thursday looks to be the smallest, so we’re considering a show.

Of course when you think show in Vegas, Cirque de Soleil comes to mind first. Annie has already seen “O”, so that was ruled out. After that, we’re concerned about which casino the show is in. Getting cabs can be a pain when casino hopping, not to mention a buzz kill. We know we want to go somewhere we can multi-task: See a show, eat dinner and hit a club.

Topping our list is Criss Angel’s Believe (or it was til we found out Criss is off the night we’re in town). The show, described as a, “haunting exploration deep inside the inventive mind of mystifier Criss Angel as he hovers between the land of the living and a surreal,” made the cut because it’s at Luxor and we’re curious to check out the new Cathouse Lounge. 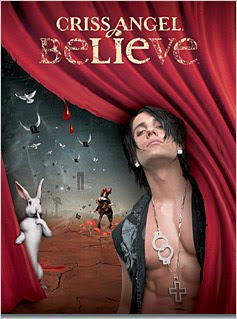 Next on the list is KA, at the MGM Grand. Its acrobatic feats, Capoeira dance and martial arts sound sexy. Plus, we would like to dine at Joel Rubuchon’s restaurant at the MGM and there are enough clubs in the hotel, we’re bound to find one we like. 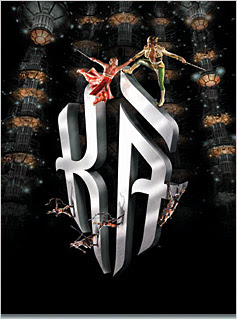 Then there’s Le Reve at the Wynn. It’s created by Franco Dragone and we don’t know much about it, though the photo below almost convinces us it would be worth our while to see. Plus, we know the clubs and restaurants at the Wynn are all winners–especially the dreamy Tryst. 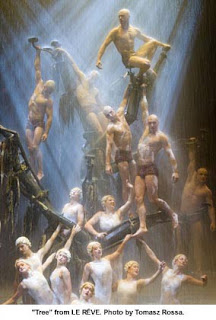 For some silly, sexy fun, we’re considering checking out Peepshow at Planet Hollywood. Aubrey O’Day has joined Holly Madison in the singing, dancing, stripping extravaganza. Add in that we could start the night with spicy tuna on crispy rice at Koi and we may just have our winner! 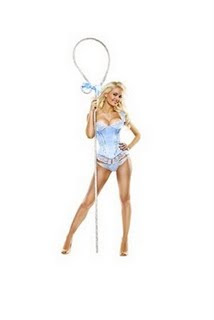 Of course, if Cher were in town when we were, all bets would be off. We would head over to see her faster than you can say Diva.

Virgin Atlantic’s “Conversations in a Cloud” with Sir Richard Branson

Between packing, squeezing in a pre-trip beauty routine of spray tanning, waxing and mani/pedis, making…

Get Katy Perry’s Look from the Grammys

The new Jimmy Choo luggage may have replaced this setas our fantasy luggage. Both pieces…

When our friend, Felissa, asked if we wanted to be her plus one to the…

One of our favorite blogs is Spa Week, so when Michelle Joni Lapidos, Director of…