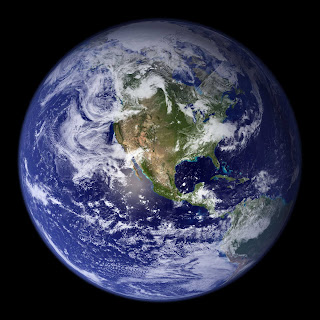 You can’t travel as much as we do without being in love with the planet and we mean in a big way. In fact one JSG member has a tattoo of the globe! We were stunned to read in the March issue of W magainze about the Eastern Garbage Patch, a giant mass of floating trash, in the Pacific. This “island” is reputedly twice the size of Texas! Debonair banking air, David de Rothschild will be journeying to it on a raft built out of water bottles later this year on his Plastiki project. David founded AdventureEcology, which is the sexiest green movement we have heard of to date. His site offers fun daily tips, that not only were new to us, but are things we actually plan to do. Take yesterday’s tip: Pour the dregs from your bottle of wine (either colour) into an ice cube tray and freeze. Next time you feel like risotto, and some extra flavour with your ready-made stock cubes.

So think about this mound of trash next time you use a plastic bag, buy bottled water or run the water while you brush your teeth.

While we’re on our soap box and speaking of ink, we hope you’ll indulge us a little longer: 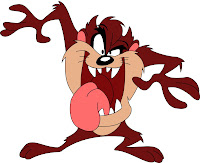 A Tasmanian Devil isn’t just every frat boy’s favorite cartoon character for a tattoo, it’s also an animal that lives on Tasmania, an Australian island. We were dismayed while at a cocktail party recently to learn that the Tasmanian Devil is in danger of becoming extinct. The poor little guys are developing a deadly cancer which typically kills them in under 5 months. In areas of high density population areas, the disease has already wiped out 90 percent of the devils in only 10 years. No one knows what’s causing the disease and the environment may not be to blame.

Researchers are hard at work trying to find a cause and a cure. For more information, go to Save the Tasmanian Devil.

We’ve been using M·A·C’snew Colour Crafted collection and we really love it. It contains Mineralize…

At the L.A.M.B. show, we weren’t able to get close enough to take photos of…

Which Valentine’s Day Makeup Item Is Right For You?

Get Olivia Wilde’s Look from the Golden Globes

What Shoes to Wear on the Plane

Shoes for a Plane by Jet Set Girls featuring

Get a Discount With My Colorist

I don’t usually like to admit this, but for my fab colorist Joseph Mullen, I’ll…

Not a fan of mint juleps, the traditional cocktail of the Kentucky Derby? Ya, we’re…

On Our Radar: Casa Casuarina