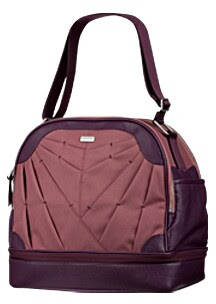 We’re launching a new feature today, where we look inside the carry ons of our favorite jet-setters. JSG’s Annie’s, who is headed to our Nation’s Capital tomorrow via the Acela kicks it off. (Does that make it a “Ride on” bag?)

*Travel-Size Aquaphor: It doubles as lip balm and moisturizer. A must in these liquid-deprived days.

* Snacks like almonds, apples, and maybe some Peanut M&M’s. 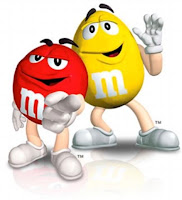 * iPod: Goes without saying, but if you’re a nervous flier or want to sleep, make a special playlist of mellow music for the flight. Josh Groban’s Closer makes me sleep like a baby without fail! 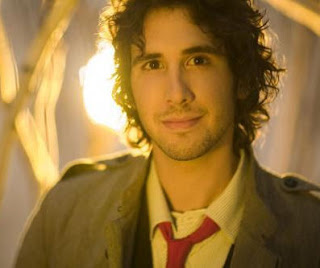 *Xanax or other sedative of choice. It makes everything about the flight more bearable, from being number 13 in line for take off, to the crying tot behind you who won’t stop kicking your seat, to watching some lame movie like Nim’s Island.

*And our travel bag of choice has been a Lululemon bag for a few years now, similar to the one pictured above. It’s roomy, sturdy (so you don’t mind putting under the seat in front of you or cramming it in the overhead) and has lots of pockets. It’s also big enough to fit a lap top so that you can blog on the road!

A Peek Inside MakeupBag’s Carry On

One of the first bloggers we met was Erika from Makeup Bag. Ever since, she…

So what if we’re only dreaming about owning an iPad at the moment. When we…

Why I Got Emotional Voting for Hillary

Right after we moved into our apartment and while my mom was visiting, we had…

A Peek Inside Poppy King, “The Lipstick Queen”‘s Carry On Bag

We recently met Poppy King, aka the “Lipstick Queen” fresh from a trip to London….

Get the Look: Wet Waves from Tresemmé at Agua Bendita

There’s one last weekend of the summer to squeeze in all your favorite sundresses, teeny…

Austin – Living Up to Expectations

After hearing about what an amazing city Austin is for years, we decided it was…

A Peek Inside the Ladies of 3floz.com’s Carry On

They’re the founders of 3floz.com, a site dedicated to travel sized products, so who better…

I have to admit, I am a full on seltzer addict. I will easily drink…